This week brings Distracted Driving Awareness Month to an end.  Normally an April event, it was postponed until October due to most areas being in a stay-at-home order by their state’s direction in an effort to “flatten the upward curve” of the COVID-19 virus.  If you think back to March and April, the roads were less traveled then.

As mandates lifted over time, Rutkoski Fencing, Inc. (RFI) and Merut Construction decided this was a great opportunity to remind our employees about the dangers of distracted driving in addition to our own driving policies.  Because as time passes, we can all use a refresher.

In September, we took the Just Drive Pledge with the National Safety Council.  Both companies committed to promising, for their own safety and the safety of others they share the roads with, to not drive distracted in any way.  Here is what they agreed to:

While driving, I will not:

These statistics only include accidents that were reported to have been caused by distractions.  There are many that go unreported.

During the month of October, our companies set out to bring awareness in a few ways: a social media campaign, weekly emails, and morning on-site toolbox talks.

We educated that multitasking is a myth and you cannot cognitively focus on driving safely while talking, texting, taking selfies, or checking emails on your cell phone.  It can wait until you pull over or have arrived at your destination.  The point can be made by asking yourself, “Can you read and talk on the phone at the same time?”.

And lastly, we discussed not being a “Scary Jerry”.  Being a “Scary Jerry” is from a humorous YouTube video of a coworker driving in any way possible distracted.  While driving, reckless Jerry was eating, talking on the phone, yelling, playing air drums to loud music, swerving, and shaving on his way to work.  His passenger, who was also his coworker, was scared.  When Jerry gets to the office, his coworkers yell “surprise” which confused Jerry because it was not his birthday.  It was not a birthday party but an intervention about Jerry’s driving habits.  He is now informed that the distractions are dangerous, he realizes the err of his ways, and he takes the Just Drive Pledge.  The short video shows that you can be concerned about someone, bring the concern to their attention, and let them know it is time to change.  Are you a “Scary Jerry”?  Do you know a “Scary Jerry”?  You know what to do.

To add our employee’s driver safety and company policy, RFI and Merut Construction also supplied every vehicle with a 360 Walk Around Cone as a reminder to perform this task.  The green cone is placed on the front passenger side of the hood or by the passenger window and/or antenna when exiting.

Before entering the company vehicle, the cone is removed while the driver walks around the vehicle in a full circle including their tow if applicable.  This practice makes the driver aware of any obstructions, other vehicles, or obstacles that might be present before starting the vehicle.  The cone can now be stored inside the vehicle.

With our efforts of bringing safety awareness to our employees and the community, RFI and Merut Construction’s goal is to make sure each team member gets to and from work safely to be with their loved ones.  The easiest way to remember all the lessons of Distracted Driving Awareness Month is to – Just Drive! 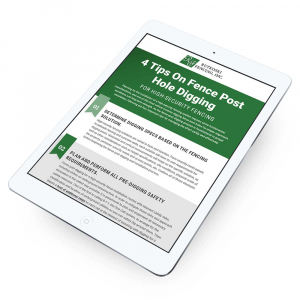 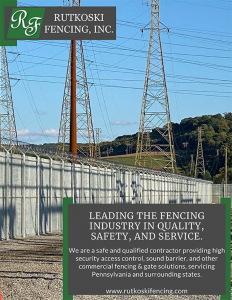